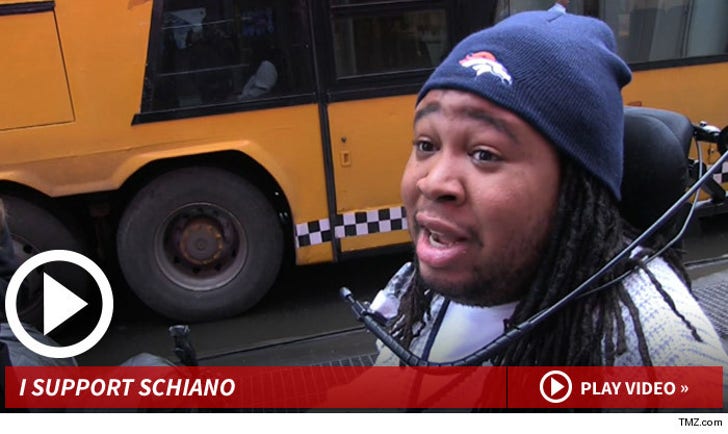 Don't count out Greg Schiano ... so says one of his most famous former players who tells TMZ Sports he's a GREAT COACH ... no matter what the Tampa Bay Buccaneers say.

We spoke to Eric LeGrand -- the former Rutgers University football star who suffered serious spinal damage back in 2010, back when Schiano was the head coach for the Scarlet Knights.

LeGrand -- who's still tight with the recently fired Bucs coach -- says Schiano's not the kind of guy who gives up ... telling us, "After taking a year off, he'll get back into football. That's what he does."

As for Eric (who's in NYC for the Super Bowl ... the 23-year-old tells us he's making great progress in his recovery -- "Working hard everyday ... getting strong."