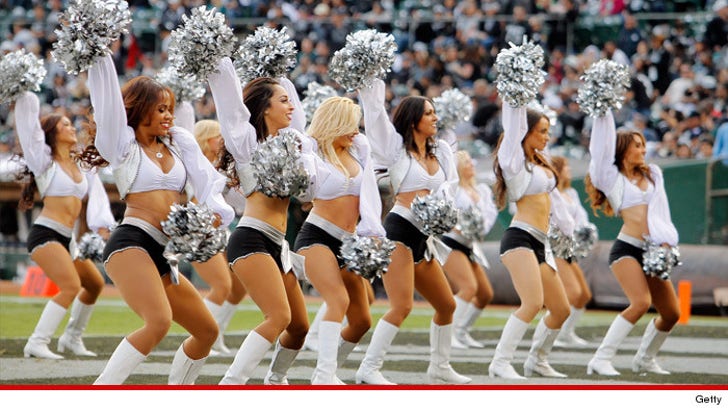 The Oakland Raiders are now the target of a federal investigation into allegations the team pays its cheerleading squad members FAR LESS THAN MINIMUM WAGE.

The U.S. Dept. of Labor has confirmed it's looking into the team ... just days after a Raiderette named Lacy T. filed a lawsuit saying she gets paid less than $5-an-hour to shake her pom-poms.

A rep for the Labor Dept. says it's looking into the "entire cheerleading squad" ... and not just the claims made by Lacy.

In her lawsuit, Lacy claimed each Raiderette only makes $1,250 per season -- and job requires not only working all 10 home games, but attending rehearsals, charity events, fan events and posing for a swimsuit calendar.

When all the hours are totaled up, Lacy claims she makes less than $5-per-hour ... far less than the CA minimum wage, which is $8-per-hour.