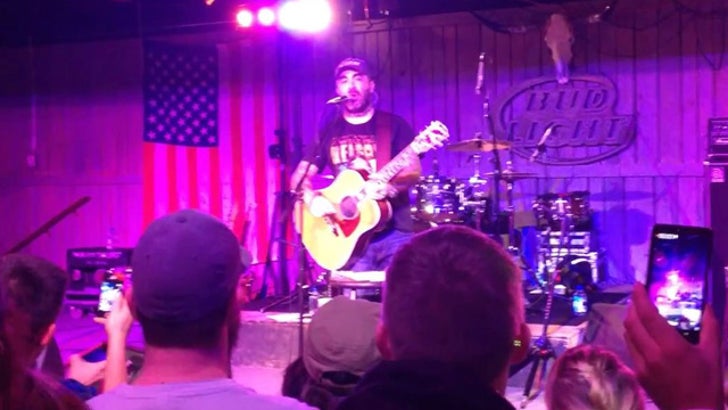 "Staind" singer Aaron Lewis is slamming the country hit, "Redneck Crazy" by Tyler Farr ... saying it promotes violence toward women -- so he had the whole thing re-written.

Lewis says he HATES Farr's song -- about an angry guy who stalks and threatens his ex-GF.

Sample lyric: "I'm gonna aim my headlights into your bedroom windows/Throw empty beer cans at both of your shadows."

The song -- which appears on Farr's debut album -- immediately shot to the top of the country charts ... and features some "Duck Dynasty" stars in the music video.

Lewis broke out his alternate version during a performance at a little bar in Medina, Ohio.