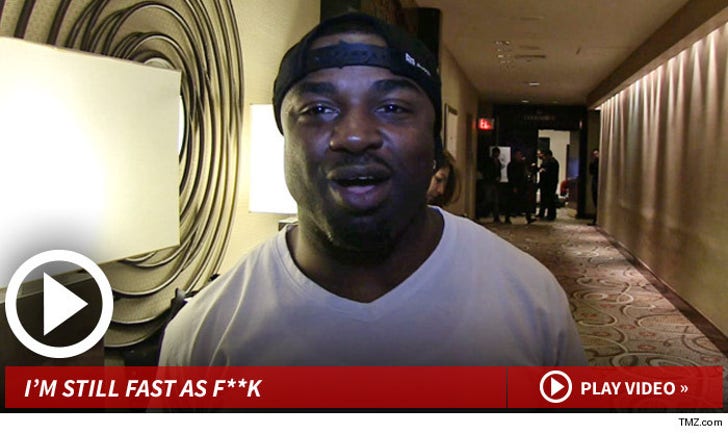 He may be retired, but former Philadelphia Eagles running back Brian Westbrook says he's still a SPEED DEMON ... and could put up a 40-time that's faster than most pro backs.

It's unlikely Westrbrook is thinking about coming out of retirement at this point, but if he's telling the truth ... he would make a HELLUVA flag football teammate.