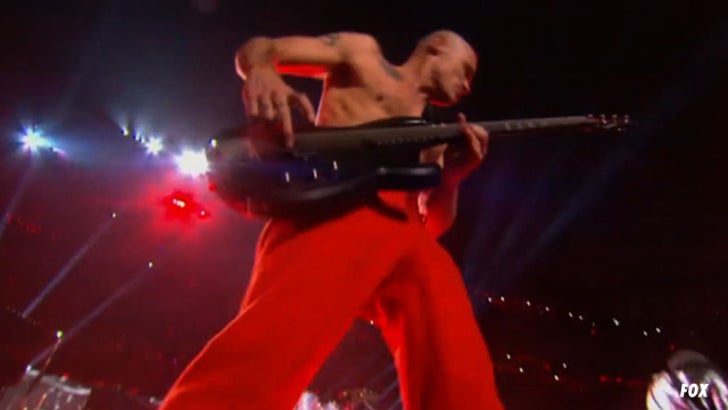 Flea now admits he pulled a Beyonce at the Super Bowl ... pretending to play "Give It Away" when in fact it was an air guitar performance.

The legendary bassist for the Red Hot Chili Peppers says the NFL made it clear from the get-go -- the vocals would be live but the bass, drums and guitar would be pre-recorded.

Flea says it was super complicated to pull off the half-time show and the NFL didn't want to botch the spectacle with bad sound.

And Flea says they didn't initially jump at the chance to fake play at the game ... but ultimately decided "it was a surreal-like, once in a lifetime crazy thing to do and we would just have fun and do it."