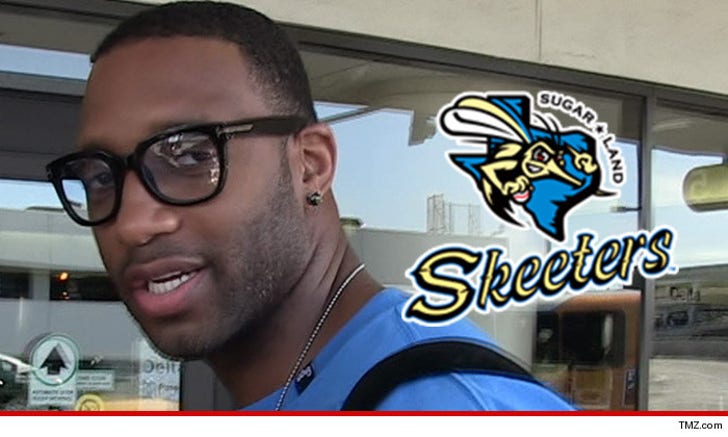 Former NBA superstar Tracy McGrady tells TMZ Sports ... he's 100% serious about pursuing a career in baseball as a pitcher -- saying, "My pitching coach told me I have a little Bob Gibson in me."

McGrady -- a 7-time NBA All-Star and 2-time NBA scoring champ -- is currently battling for a roster spot on the Sugar Land Skeeters ... an independent pro team in Texas.

Tracy says he's been playing baseball for most of his life and LOVES the sport more than basketball. In fact, he says if given the chance, "I absolutely would've played baseball over the NBA."

The 34-year-old tells us he's been working with a pitching coach everyday for months -- "I'm taking this serious. I've been out there in 30 degree weather practicing. I love baseball. I'm going out to play."

There have been reports that McGrady has fired the ball up to 91mph -- but when we spoke to Tracy, he was more focused on his slider.

"I have a nice slider. I picked it up in 10 minutes. I also have a good splitter ... and my command is pretty good."

As for a baseball nickname, T-Mac says it's a work in progress, because his last hardball moniker is a little outdated -- "My number in Little League was '00,' they called me 'Buckshot.' But I'm gonna need a better nickname than that."

Still, Tracy admits chasing his baseball dream is going to be a challenge ... "I used to think if you could play basketball, you could play anything. It's so far from the truth."