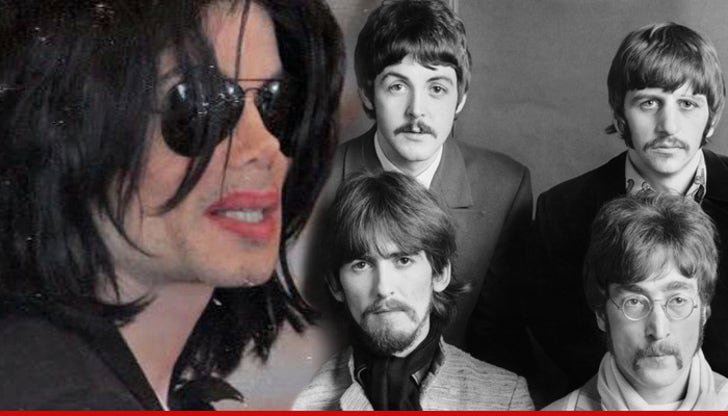 The Michael Jackson Estate is insane for trying to value MJ's Beatles collection at ZERO for tax purposes ... so says one of the most prominent Beatles experts in the world ... who also happens to be a tax attorney.

The Estate is in a dogfight with the IRS ... which claims MJs people stiffed the government on more than a half a BILLION dollars in taxes by undervaluing assets ... including MJs interest in songs by MJ and the Beatles. The Estate says the asset is worth NOTHING. The IRS says the Estate should have declared a value of $469 million.

Beatles guru and attorney Bruce Spizer tells TMZ, "No one could value that collection at zero with a straight face." Spizer, who has written 8 books about the group that changed the world 50 years ago tonight on "The Ed Sullivan Show," says the IRS may have "slightly inflated" the value of the catalog, but believes it's definitely worth minimum $300 million and could be as much as $400 million.

Spizer says, "For the Estate to list the value at zero, they lose all credibility."

Reps for the MJ Estate tell TMZ, they dispute the entire IRS analysis of MJs assets. The reps say they used nationally-recognized experts to determine value while the IRS wallows in speculation.

The reps say the Estate paid more than $100 mil in taxes and fully complied with the law.