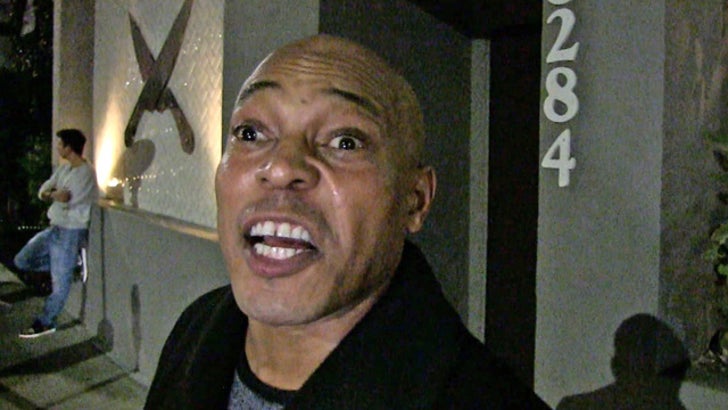 Sticky Fingaz won't be satisfied seeing George Zimmerman knocked out in a boxing ring -- instead the Onyx rapper wants to see him SHOT ... and wasn't afraid to say it on camera.

Sticky laid down a major rant this weekend when we asked about the Zimmerman boxing match being canceled, telling us ... "Everybody gonna be mad at me for saying this, but I don't give two s**ts. Somebody should f**king clap that ni**a!"

Ironically, his rant came just hours after Trayvon Martin's own family held a rally for peace to mark what would have been his 19th birthday.

Sticky is not in a forgiving place, adding ... "Zimmerman is not a f**king celebrity. He's a f**king savage animal that killed a young black teen."

He had a lot more to say about Zimmerman boxing, and who he'd like to see in the ring with him.