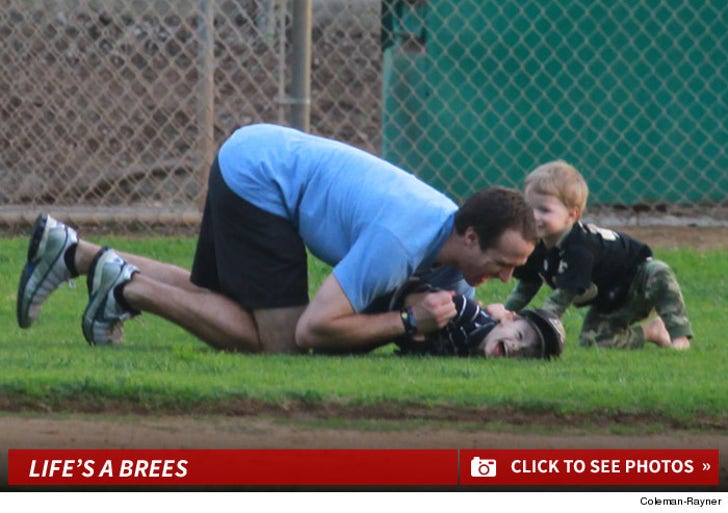 Drew Brees returned to the city that kicked him to the curb this week ... San Diego ... but not without reminding the locals which team he plays for now.

The NFL superstar hit up a local park with 2 of his sons for a little baseball workout ... they ran the bases, played catch ... it was adorable.

But the funny thing ... Brees -- who played for the Chargers before they stupidly let him go in 2006 -- had one of his kids dressed up in a New Orleans Saints jersey (#43 Darren Sproles).