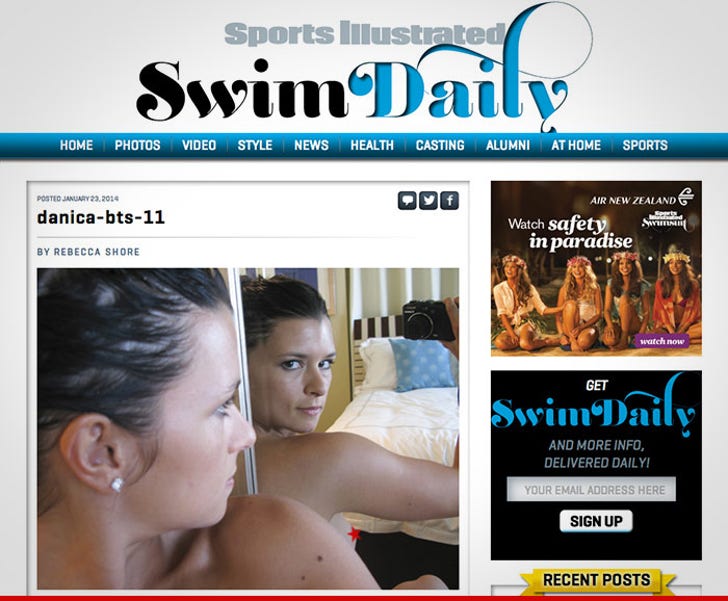 Danica Patrick's nipple is officially off the Internet ... TMZ Sports has learned the people at Sports Illustrated have finally removed a pic of the driver's exposed breast from its swimsuit website.

As we previously reported, several pics from a 2008 photo shoot were recently put on S.I.'s Swim Daily website as part of a "Throwback Thursday" gallery. One of the pics was a topless "selfie" in which Danica's nipple was fully visible.

There were questions as to whether the pic was posted by accident or if it was an intentional "artsy" thing -- but now that it's been removed from the gallery, it seems pretty clear ... it was never supposed to be there in the first place.