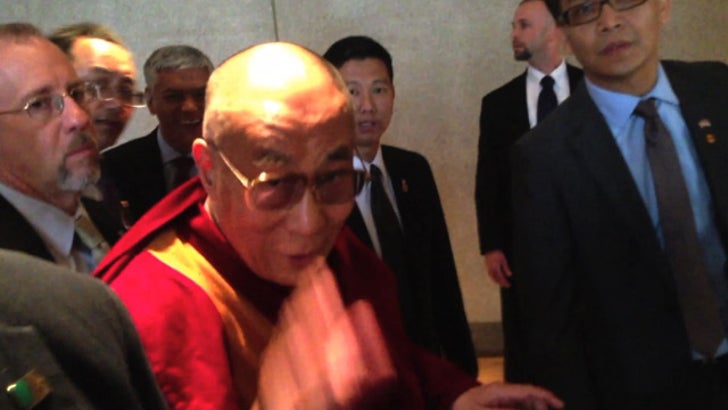 It's not often someone asks such an enlightened question that it absolutely STUMPS the Dalai Lama ... but it happened yesterday -- when he was asked if he would bless TMZ!!

His Holiness -- or "Mr. Lama" as our photog put it -- was doing his thing at Georgetown University on Thursday when our guy politely asked if he would bless our office.

What ensues is 7 very awkward seconds in which one of two things happened -- either Mr. Lama didn't quite understand the question (a lost in translation sort of thing) ... OR, he couldn't figure out how to say "No."

It's hilarious ... on any plane of consciousness.