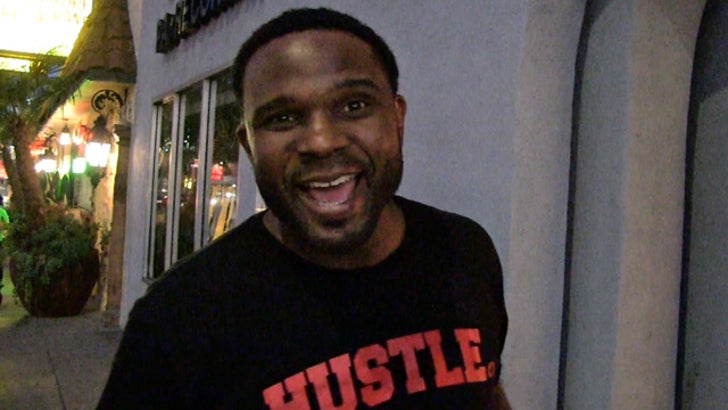 Darius McCrary is not only Charlie Sheen's co-star on "Anger Management" ... he's his comrade in arms on the subject of prenups ... which he believes destroys marriages.

Darius was hilarious as he arrived at Carvin Guitar Shop in Hollywood. He has high hopes for Charlie's 4th trip down the isle and thinks Sheen is 100% right ... you can't mix business and marriage.

Here's what makes it really interesting. Darius -- who also starred in "Family Matters" -- has been married 3 times ... just like Charlie. He says if he takes the plunge again, he'll do it again commando -- no protective prenup.