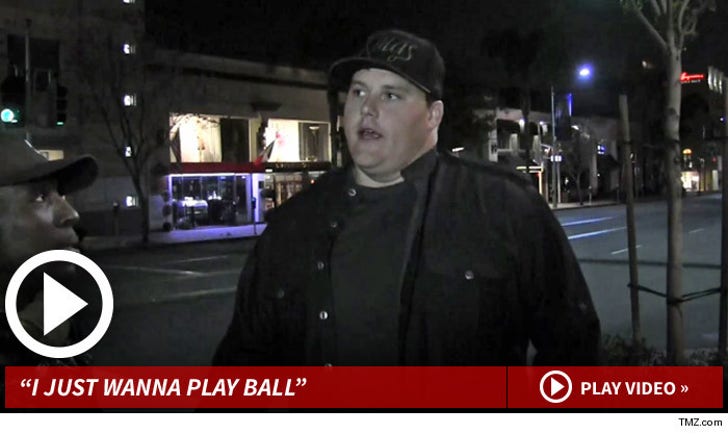 Richie Incognito has issued another apology ... though it's unclear why ... and TMZ Sports has the video.

The embattled Miami Dolphins lineman was out in Beverly Hills this week -- with another hot blonde on his arm -- when he explained that he's a misunderstood guy who "just wants to play football."

We're not really sure if he's apologizing for being misunderstood -- or apologizing for all of the things he allegedly did to Jonathan Martin -- but he seems to be sorry for something.

Know what he's not sorry about? Being a ladies man ... because the next night, he was hanging out with 5 GIRLS outside of a Hollywood nightclub.