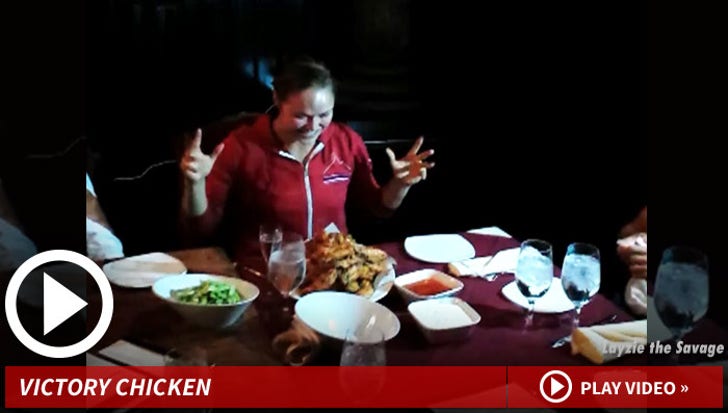 After obliterating Sara McMann's liver last night, UFC badass Ronda Rousey celebrated her first ever TKO victory the only way she knows how ... by destroying a huge plate of chicken wings!!!!!

Ronda's right hand man Layzie the Savage posted the video right after UFC 170 ... showing Ronda getting ready to chow down with a huge victorious smile on her face.

The chicken consumption has become a tradition for Ronda after a victory -- it was just back in December when she woofed down some cluckers after he big win at UFC 168.

Good for Ronda. Bad for the chickens.