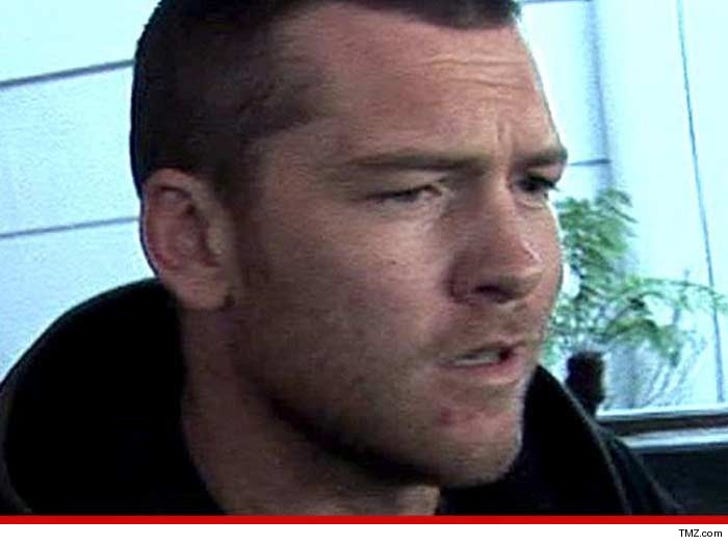 "Avatar" star Sam Worthington punched a photographer who kicked Sam's girlfriend ... according to NYPD ... and both men were arrested.

Cops say Worthington and his gf Lara Bingle were walking out of a bar in Greenwich Village when the paparazzo went all Bruce Lee on Bingle for some reason ... and that's when Worthington jumped to her defense and punched the guy in the face.

Sam was charged with assault, released ... and given a ticket to appear in court at a later date.

The pap, Sheng Li, was arrested and booked for reckless endangerment, assault and harassment. He is still in custody.