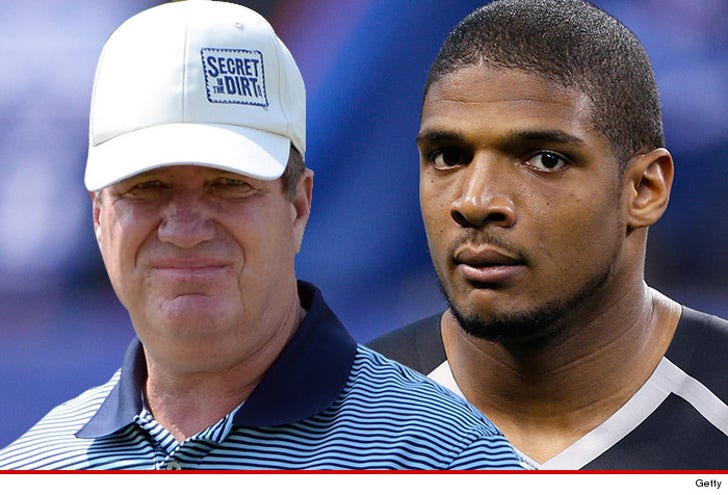 PGA golfer Steve Elkington is getting hammered on Twitter right now ... after making a joke about Michael Sam throwing a purse at the NFL combine.

The 51-year-old Australian -- who won the PGA championship in '95 -- wrote, "ESPN reporting Michael Sam is leading the handbag throw at NFL combine ... No one else expected to throw today."

Moments after the tweet, the backlash began ... with Steve's followers going off on the golfer. Here's a sample:

-- "You are TRYING TO MAKE SURE YOUR PUBLICIST keeps his job aren't you?? Good luck motherf*ker. See your apology at 11 on ESPN."

-- "Homophobia is hilarious (to a sh*tty old white dude)."

-- "let me get this straight - a golfer is making jokes about a football player's manliness?"