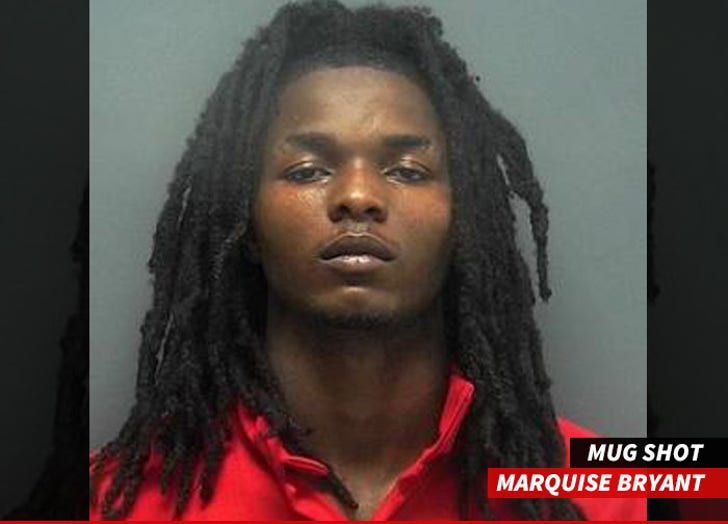 A star high school running back -- who reportedly committed to the University of South Florida -- was arrested Sunday after allegedly pulling a gun on a police officer ... all thanks to a brave police dog.

The suspect -- 18-year-old Marquise Bryant -- was confronted by an officer in Fort Myers, FL for loitering around 2:30 AM.

During the incident, the cop says Bryant reached for his right front pocket -- even after the cop told him to put his hands up.

The cop says Bryant continued to go for the pocket ... and a fight broke out between the two -- with Bryant allegedly pulling out a gun at one point.

But the officer was able to click a button that released his police dog Bala from the cop car -- and Bala bit Bryant on his right thigh.

Thanks to Bala, the officer was able to regain control of the situation and take Bryant into custody. He's now facing several charges -- including assaulting a police officer, resisting arrest and carrying a concealed weapon.