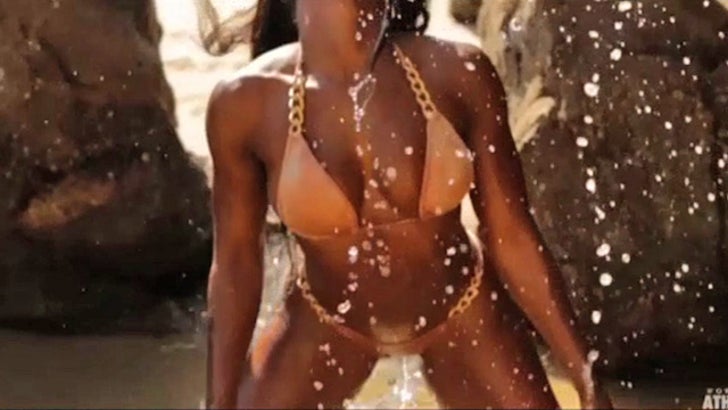 The ass that shook up the Legends Football League is now crossing over in a big way -- TMZ Sports has learned Ogom Chijindu has just been featured in a brand new booty video for World Star Hip Hop ... and let's just say Ogom ain't exactly shy.

Ogom -- who famously twerked all over an opponents face after making a tackle last season -- tells us WSHH reached out after they saw the ass-in-the-grill clip online.

"We met and talked about expanding my brand," Ogom says ... "I'm looking to be the first sponsored woman football player."

Ogom says she hopes to land a gig on a reality show -- but don't worry LFL fans, Ogom says she still plans on playing in the league this year, next year ... and "until my body continues to let me."