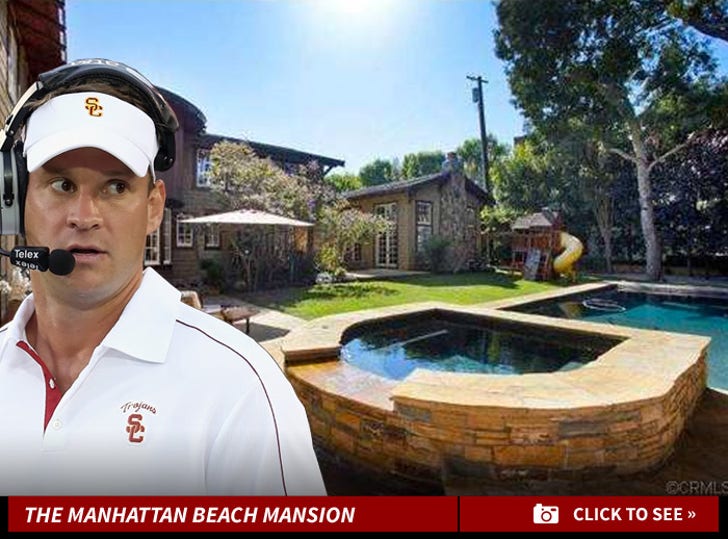 USC is the gift that keeps on giving for Lane Kiffin ... because SC's ex-football coach just raked in a cool $1 MILLION PROFIT after selling the home where he lived during his stint as a Trojan.

Kiffin finally sold his 7,308 square foot Manhattan Beach property for $6.5 million. He bought the place back in 2012 for $5.5, with some financial help from the university.

But after he got the chop on the LAX tarmac in 2013, Lane -- who eventually took an offensive coordinator gig at Alabama -- put the place on the market for $6.995.

According to public records, the place finally sold for $6.5 on February 28th ... no word on who bought the place ... or if Kiffin was serious about including his puppies in the sale.