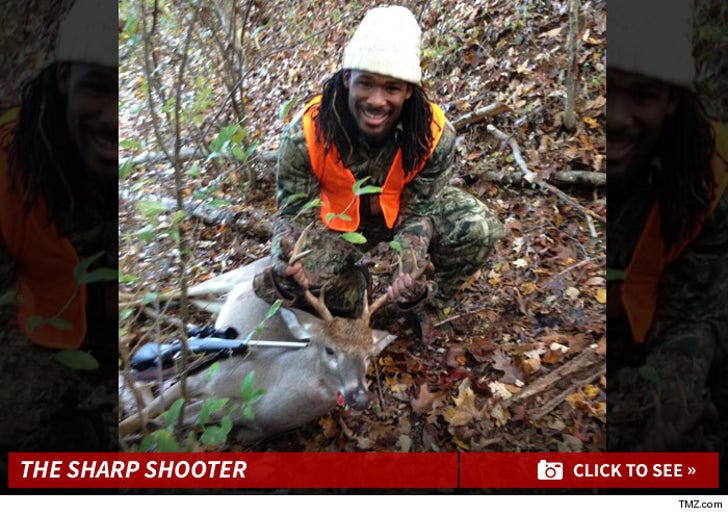 DeAngelo Williams didn't just kill the Giants this year ... he also slaughtered some deer, turkey, rabbit and duck ... 'cause the Carolina Panthers running back is a hardcore hunting machine.

"I hunt all year round," Williams tells TMZ Sports ... "In season, out of season. I hunt everything."

He's not kidding ... Williams documents his kills on social media -- posting photos of the animals he tracks down and shoots.

But Williams insists he doesn't just hunt for the hell of it -- "I shoot to eat. If you kill it, you eat it. I tell my friends, if you kill a skunk, you eat it."

“I make my own jerky. My specialty is deer jerky. My 3-year-old loves it.”

The 30-year-old Arkansas native says it's all part of his obsession with nature -- "There’s no traffic, no people. Right before you pull the trigger you almost feel one with the animal.”

We reached out to the turkey for comment -- so far, no word back.