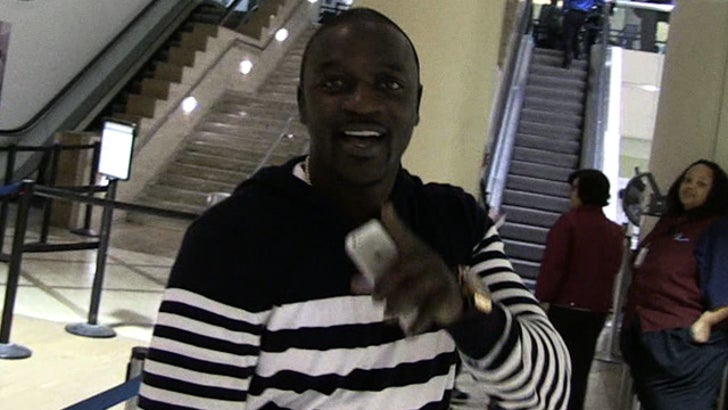 Akon is SO part of the whole Michael Jackson "The-Kid-Really-Is-My-Son" DNA shenanigans.

We got him arriving at LAX Friday and he acted a tad skeptical ... that the freshly-touted B Howard, plain wrap DNA test proves he's MJ's long lost son. But in the next breath Akon stokes the coals and says why he thinks it might be true.

Here's why we're calling BS. Akon is in the studio with B Howard right now recording music.

It's why they call it show BUSINESS, folks.