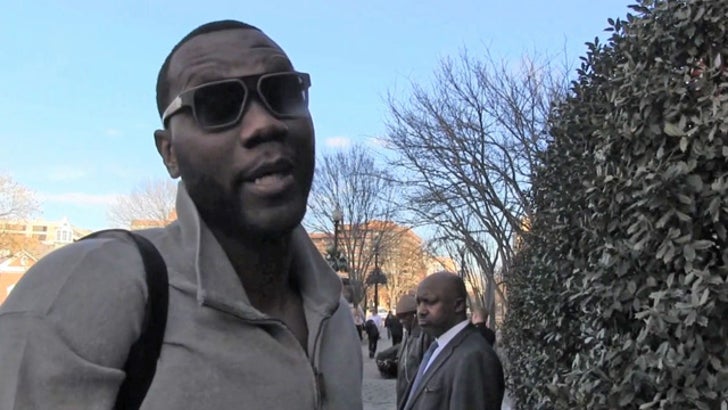 51-year-old Michael Jordan could still DESTROY some NBA players ... despite the fact he hasn't played in the league in more than a decade ... so says Charlotte Bobcats big man Al Jefferson.

Now that Al plays for MJ's team ... we had to ask if he's ever challenged his boss to a little 1-on-1 when no one was looking.

Al could have a point -- after all, MJ was seen DUNKING at a shoot-around session a couple of months ago.