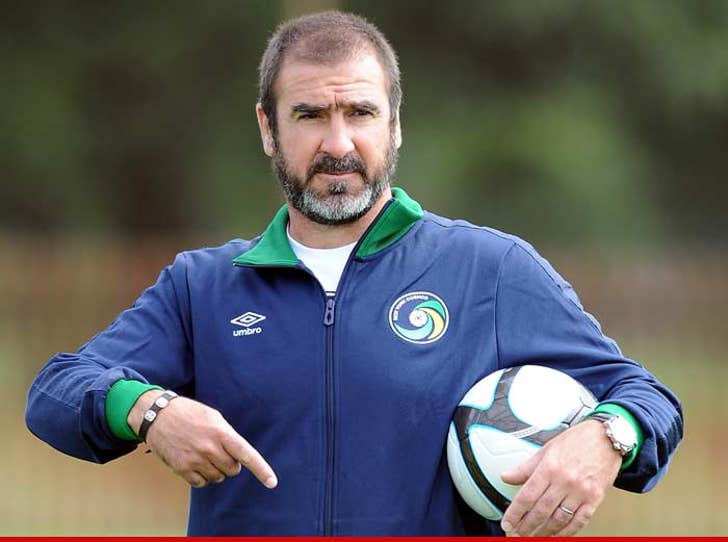 Former Manchester United superstar Eric Cantona was arrested in London Wednesday after cops say he attacked a man at lunch.

According to local reports, Cantona was arrested in the super-swanky Primrose Hill area (a ton of celebs live in that area).

Cops are not saying what allegedly set Eric off ... but they confirm the alleged victim did not require medical assistance.

FYI -- Cantona is the guy who created the famous quote, "When the seagulls follow the trawler, it's because they think sardines will be thrown into the sea."

The quote was recently used by Shia LaBeouf ... who also seems to have an issue with fighting in London.