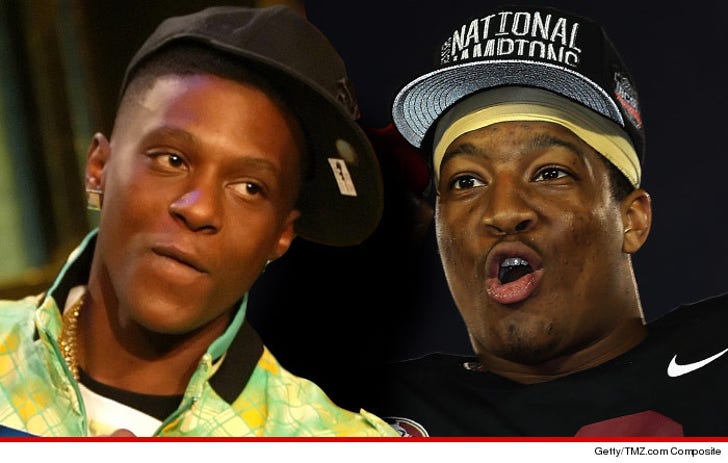 Lil Boosie got some high-profile support during his stint behind bars ... telling TMZ Sports he got a phone call from Heisman Trophy winner Jameis Winston the day after FSU won the title.

Here's how it all happened ...

Famous Jameis is a HUGE Boosie fan and during his Freshman year at Florida State, he would often quote Boosie's lyrics to his team, on social media and sometimes during interviews with reporters.

In fact, Jameis said he listened to Boosie in the locker room right before he took the field on Jan. 6. 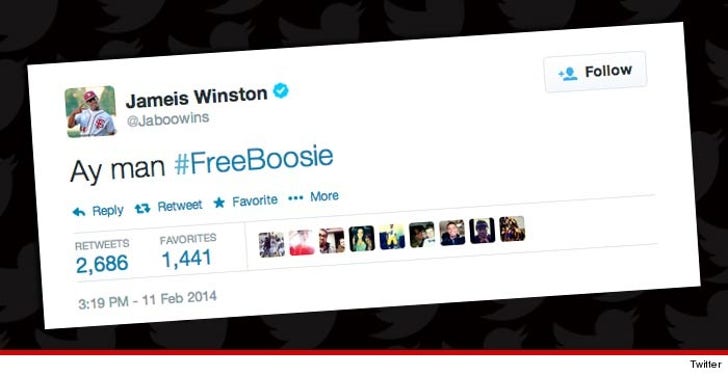 Word got back to Boosie, who was serving time in Angola State Penitentiary on drug charges, and the rapper tells us he sent a message to JW that he'd love to talk with him when he had the chance.

So ... according to Boosie, Winston phoned the rapper the day after FSU won the National Championship and the two got along like old friends.

Boosie says he told Jameis to "stay focused" and let him know that he'll be continuing to root for the guy ... even though he's a die-hard LSU fan.

Moral of the story -- win a Heisman and a National Championship ... and you too can meet your hero.