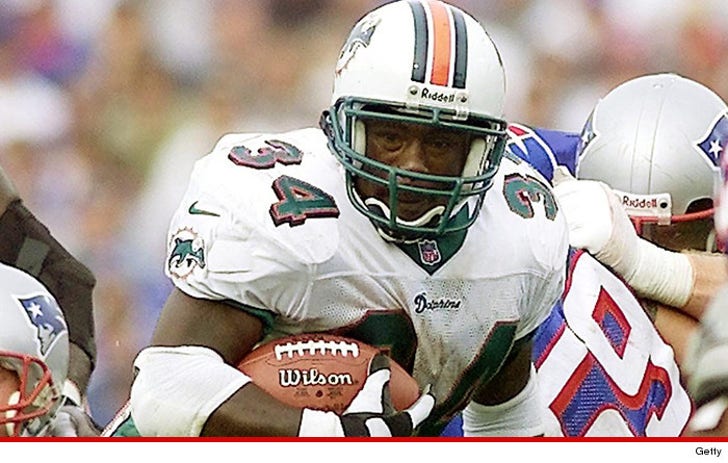 Former LSU football legend Cecil "the Diesel" Collins just scored a huge victory in court -- the man who once racked up 3,079 yards in a single high school season ... is not going back to prison on a probation violation ... TMZ Sports has learned.

Collins already served 13 and a half years behind bars in Florida for committing a super creepy Miami burglary back in 1999 -- cutting short a promising career with the Miami Dolphins in the process.

Collins admitted breaking into a woman's apartment, but here's the super creepy part ... he said he only did it to watch her sleep.

At the time of the Miami incident ... Collins was already on probation for committing 2 similar crimes in Louisiana -- he was accused of breaking into homes and fondling 2 women -- so prosecutors there wanted to nail him with up to 5 years in prison for violating probation.

Today a Baton Rouge judge let Collins off with 3 years probation and said he could move back to Florida. He will have to undergo random drug testing and check in regularly with a parole officer.