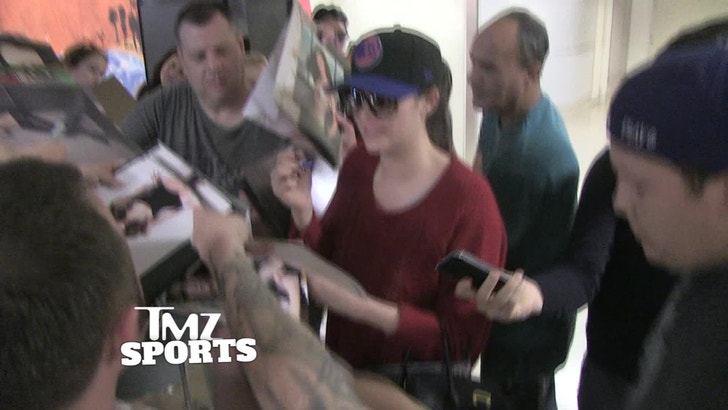 Emmy Rossum is a die hard Knicks fan ... DIE HARD ... and she doesn't take kindly to people who jumped ship to root for the Nets because Jay Z told them to.

Rossum was at LAX this weekend -- proudly rockin' her Knicks hat -- when she admitted it's been hard being a NYK fan over the years, but says ... "I love my team so I don't give up on them."

Then she fired the shot -- "I didn't just hop to the Nets 'cause they were cool ... like other people."