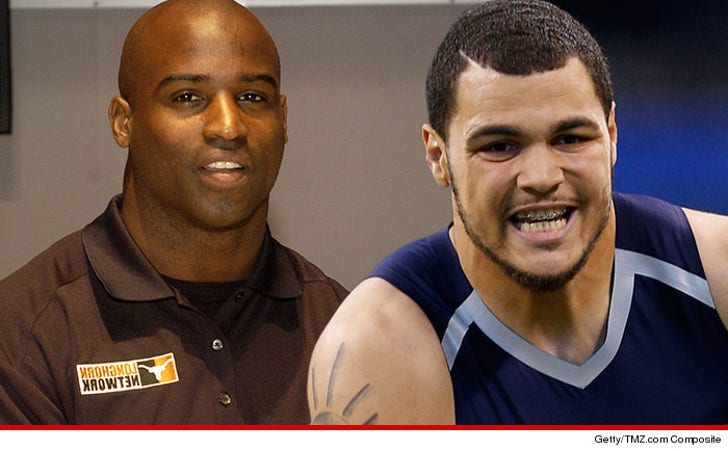 Of course, Ricky was the first big sports star to sign with a rap mogul back in 1999 -- when he signed with No Limit Sports ... headed by Master P.

Ricky -- and No Limit Sports -- came under some serious fire over the contract since it was light on guaranteed money and extremely heavy on incentives ... many of which required record-setting performances to unlock.

Widespread public scrutiny of the contract led to the ultimate demise of No Limit Sports ... and cast a bad shadow over rappers who were trying to branch out into the sports world.

But Ricky tells TMZ Sports ... he thought the contract was PERFECT -- saying, "My contract was a great contract. I wanted to EARN my money."

"It's a misconception that P came up with the terms ... it was my idea."

Ricky says P did not negotiate the contract personally either, he had an agent who negotiated the deal based on the terms Ricky wanted.

Still, Ricky is optimistic about the role of hip hop moguls in sports -- saying, "Cash Money has changed the way the hip hop business has been done and they can do the same for athletes."

Williams says he doesn't see people like Birdman and Jay Z (who runs the Roc Nation Sports agency) as rappers ... "I see them as businessmen."

"They can teach the athletes how to get more out of their careers than just athletic achievement."