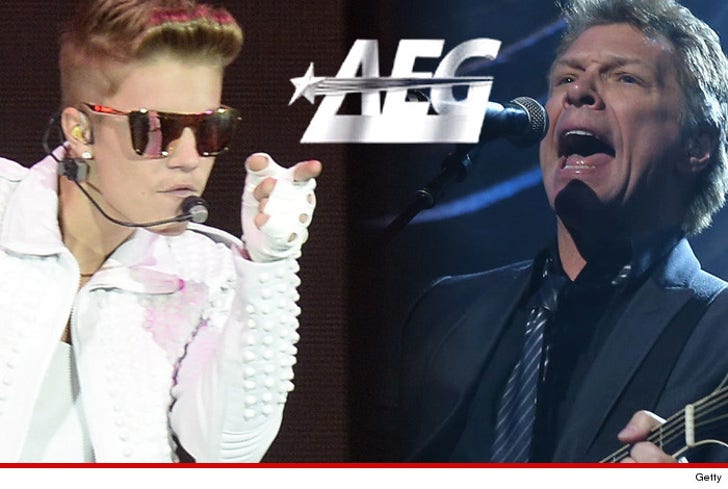 A New York woman claims there has been a dastardly plot to DENY her the right to see Justin Bieber and Bon Jovi at an affordable price ... and now she's suing the Goliath of concerts.

Jessica Pollard claims in a lawsuit -- obtained by TMZ -- she was forced to pay exorbitant prices for a Bon Jovi show in 2010 and a Bieber show in 2013.

Pollard is pointing the greedy finger at AEG, claiming it intentionally withheld more than 5% of tickets for Biebs and Bon Jovi ... selling them to brokers who would charge way more than retail.

She is suing on behalf of all the now cash-strapped Bieber fans -- and Bon Jovi too -- who now have to eat Top Ramen because they blew their budget on expensive concerts.

We reached to AEG for comment ... so far, no word back.