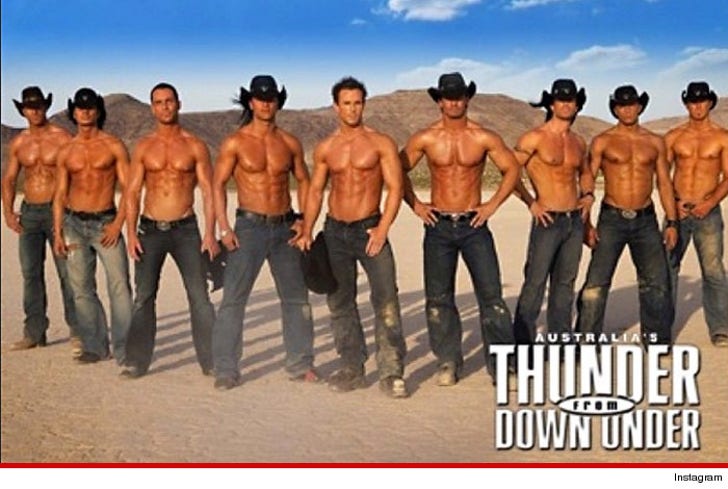 A cast member from Thunder From Down Under -- the Las Vegas male strip group -- was hit in the face by a ricocheted bullet after the group confronted an intruder in their dressing room.

According to KVVU in Las Vegas, the cast discovered a man rifling through their belongings in their locker room at the Excalibur Hotel and Casino. The cast confronted the man and pushed him out of the locker room and into a courtyard.

It was then, the station says, the man pulled out a gun and fired a shot in the air. The shot ricocheted off of a wall ... and hit one of the cast members in the face.

Police say the victim's injury was minor and the shooter was taken into custody by police.

No abs were harmed during the ordeal.

A rep for MGM Resorts International tells TMZ tonight's show will go on as planned.