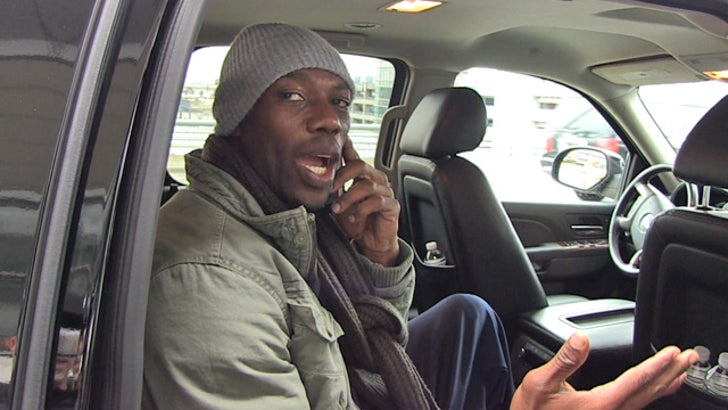 Terrell Owens﻿ tells TMZ Sports he's "excited" about his shot to impress Donald Trump on "Celebrity Apprentice" -- but wants everyone to know he's still READY TO GO if an NFL team comes calling.

T.O. was in NYC yesterday getting ready to meet with producers -- when he told us the money he raises on the NBC show will go toward the Boys & Girls Clubs of America.

But the 40-year-old says he still hasn't given up on playing pro football -- telling us he was "on the field" training earlier this week ... just in case.

Owens hasn't been with an NFL team since 2012, when he spent some time with the Seahawks -- but "Apprentice" has been know to jump start seemingly dead careers.

Think Owens has a shot at a comeback?