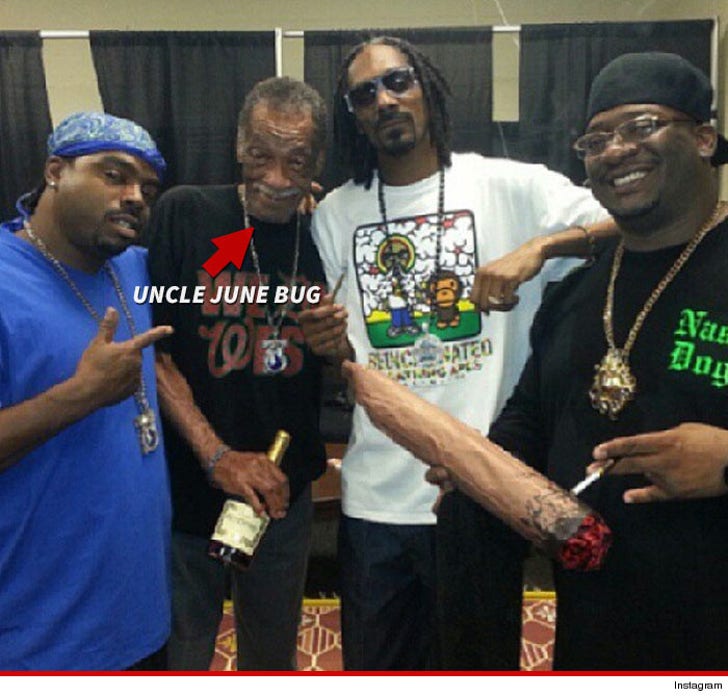 Snoop Dogg is mourning today the impending death of his beloved Uncle June Bug ... who at the time of this post is taking his last breaths.

Sources tell us ... Snoop is at the hospital with June Bug and Daz Dillinger ... and they are trying to comfort him as he succumbs to colon cancer.

We're told doctors have informed the family ... barring a miracle, the 70-year-old June Bug will die before day's end.

June Bug was known to accompany Snoop on tour and was often seen dancing on stage during concerts. June Bug was also the uncle of rapper Daz Dillinger.

rip uncle junebug . greatest to ever do it !!! heaven wouldn’t be the same without u !