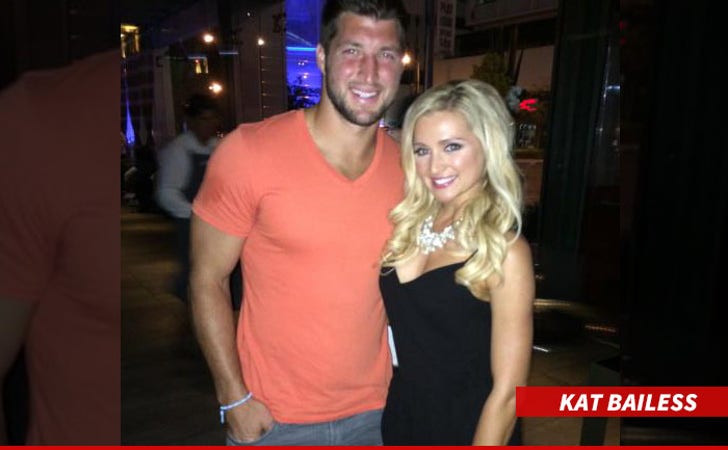 He went in looking for steak, but Tim Tebow left dinner Friday night with a job offer from a big time VH1 actress ... TMZ Sports has learned.

Tebow was grubbin' down at Boa in Hollywood when he was spotted by Kat Bailess -- one of the stars of the hit VH1 dance drama, "Hit The Floor."

“My daddy played football at Ole’ Miss," Kat says ... "So I went up to him and asked to take a picture."

And that's when Kat decided to take things one step further -- "I told Tim that he should be a guest star on my show ‘Hit The Floor.' He said ’that’d be really cool’, but he had to talk to his reps, which I understand.”

“I woke this morning and thought, ‘I can’t believe I pitched Tim Tebow on the show!’”

Kat says Tim couldn't have been a nicer guy -- “He was such a gentleman. He didn’t hesitate to to take the picture.”

No word if Tim's actually considering the offer -- but he wouldn't be the only jock on the set -- former NBA star Rick Fox has a role on the show.