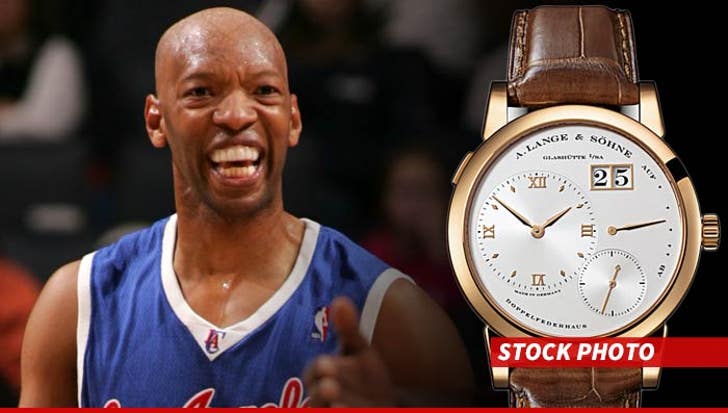 Former NBA star Sam Cassell is a VERY happy man -- 'cause he just learned the expensive watch he bought from the famous watch guy John Mayer is suing is 100% REAL.

TMZ Sports broke the story ... Cassell was extremely concerned about his A. Lange & Sohne time piece when he learned that Mayer had recently filed a lawsuit claiming watch dealer Robert Maron sold him Rolex watches with bogus parts.

Cassell -- who was introduced to Maron through ex-Clippers head coach Mike Dunleavy -- immediately had his watch inspected by a reputable jeweler ... who confirmed Sam's watch is LEGIT.

Cassell's cousin says he also bought multiple Rolex watches from Maron ... and those all checked out as well.

The results will be no surprise to Charlie Sheen -- Maron's BFF -- who insisted all along that Robert's the real deal and Mayer's allegations are total crap.

As for Sam, a rep for the NBA star tells us, "He's very relieved."