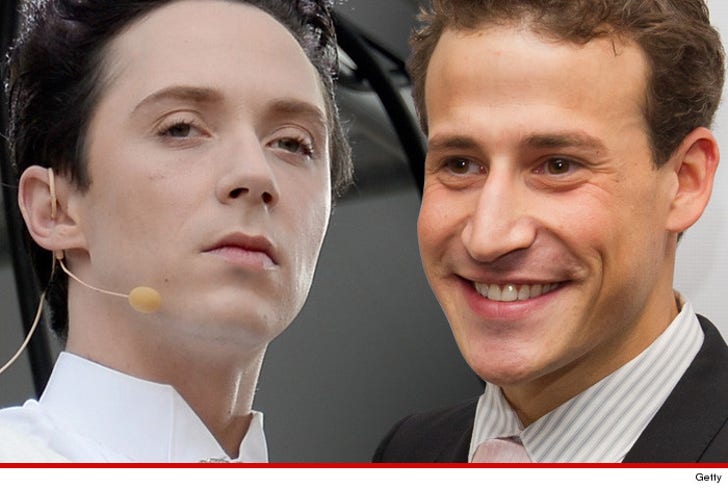 Johnny Weir's husband will be making some major lifestyle changes after a judge ruled he only gets $1,000 per month in support -- and they have to unload some prized possessions.

During a hearing for Johnny and Victor Voronov's nasty divorce ... the judge laid out an agreement which forces the Olympic figure skater to fork over a grand to Victor every month.

The agreement is only temporary, but in divorce-court terms -- that $1,000 is not nearly enough to keep up the luxe standards to which Victor's grown accustomed during their marriage.

And get this ... the soon-to-be exes both agreed to sell off their Faberge Egg AND their wedding rings, and place the funds in a trust. $15,000 of that cash will go to their attorneys.

Victor's only consolation -- Johnny has to cover utilities at their home, including Internet and cable.