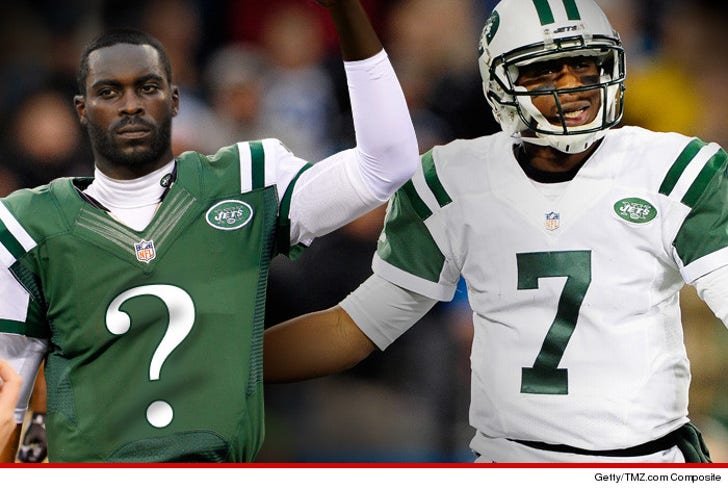 Mike Vick tells TMZ Sports ... he will not fight to wear #7 on his jersey during his stint with the NY Jets -- and says it's all out of respect for Geno Smith.

We broke the story ... Vick is very passionate about wearing #7 -- the same number he's worn from high school to Virginia Tech and on both NFL teams he's played for.

But Mike says, "I want to pick a new number for the Jets, Number 7 is Geno's number."

Sources close to Vick tell us ... he has a lot of respect for the younger QB and doesn't want any drama that could possibly divide the team and believes giving up #7 shows that he's a mature and capable leader.

Vick says he hasn't decided which number he'll rock for Gang Green -- but tells us, "I am open to suggestions."