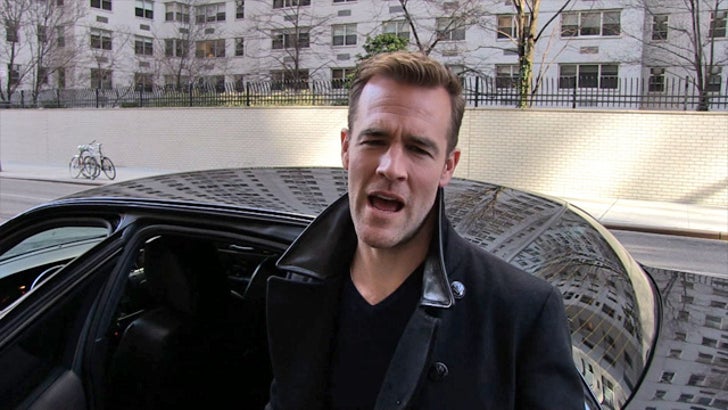 James Van Der Beek thinks it would be sacrilegious if a new actor donned Harrison Ford's iconic fedora in a new Indiana Jones movie ... unless that actor was him.

Our photogs caught up with the "Friends With Better Lives" star in New York City yesterday ... where we asked him about the huge rumor that Bradley Cooper might be the next Indy.

Van Der Beek was dead set against the idea of anyone new taking the role, but when we asked if he would want to do it ... he hilariously deadpanned, "Absolutely. F*** Harrison Ford."

Dawson Leery and the Temple of Pacey?