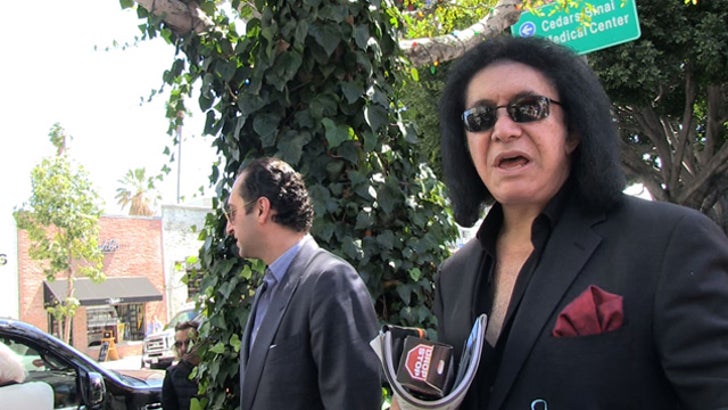 The rock legend -- who happens to be both Jewish and the owner of a football team -- was leaving The Ivy in L.A. when he explained why there seem to be more Hebrews up in the owner's boxes than on the field.

Simmons also talked about the gynecology-meets-football ad campaign for his Arena League football team, The L.A. Kiss -- and said they had to SCALE BACK on the original concept because it was too edgy for TV.