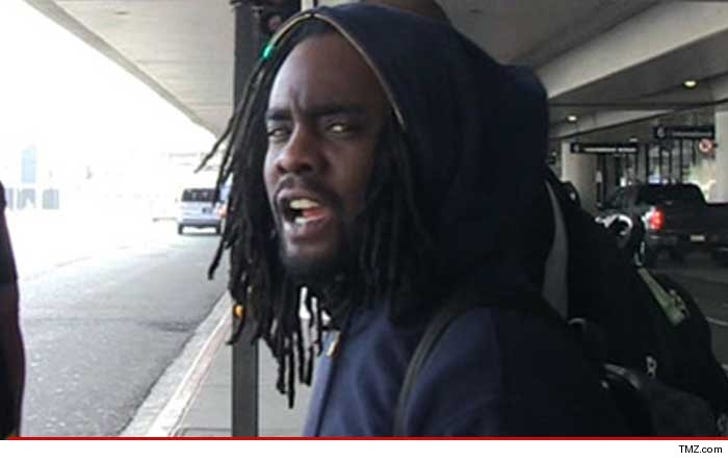 Rap star Wale PUNCHED A GUY IN THE FACE at a WWE event Monday night -- and judging by the way security rushed in to break it up, it appeared to be 100% REAL.

It all went down at "Raw" in Washington D.C. -- TMZ spoke with eyewitness Jawn Murray from AlwaysAlist.com who says Wale was sitting right behind the announcers enjoying the show ... when some fan seated nearby began taunting the rapper.

Murray says Wale eventually got up out of his seat and "the next thing I know Wale is putting the smackdown on dude. Punched him dead in his face. It was a full fight."

Security rushed over and broke up the fight -- and took everyone involved into a hallway. Moments later, Wale returned to his seat and began snacking on popcorn like nothing happened.

We're told the other guy is also back in his seat.