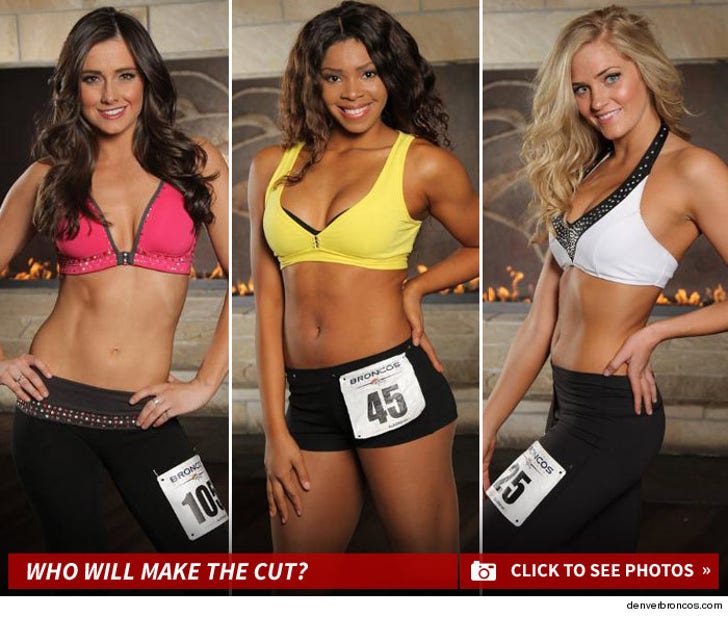 There is a battle underway in Denver ... 57 women fighting it out to make the final cut for the official Broncos cheerleading squad ... but only 26 will survive.

It started with hundreds of women auditioning for the team. The list was cut down to 57 this week ... and 31 will be sent packing before Sunday.

According to the team website, finalists will be put through the ringer -- undergoing extensive interviews, they'll be tested on football knowledge and judged on work ethic during rehearsals.

There's another requirement -- ya gotta be 21.