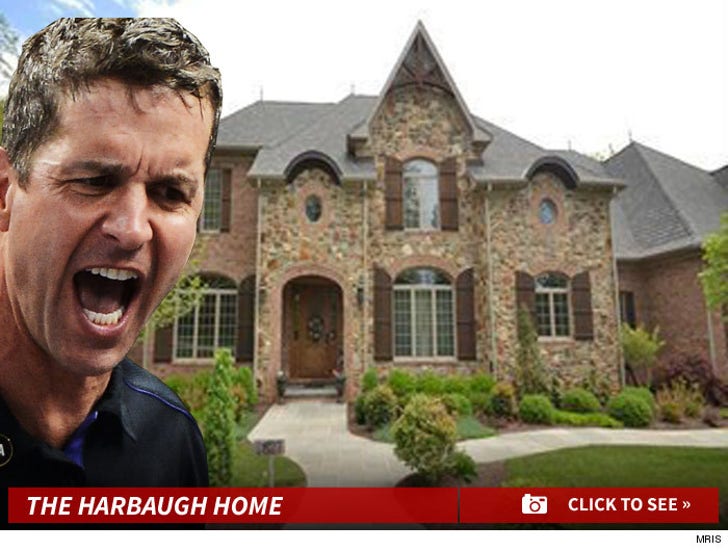 With all of the trade rumors floating around this off-season, we expected ONE of the Harbaugh brothers to be moving ... but we didn't expect it would be the one in Baltimore.

Problem is ... John paid $2.34 mil when he bought the place back in 2008, according to our friends at Realtor.com ... so there's a damn good chance he could take a hit in the pocket -- unless a bidding war breaks out.

The house is huge -- 8,000 square feet, 6 bedrooms, 7 bathrooms with a wishing well and a fire pit in the backyard. Plus, the estate is only 25 minutes from the stadium.

As for John's brother Jim -- the head coach in San Francisco -- so far, haven't heard anything about him selling his home. Guess that might depend on how the 49ers do this year.