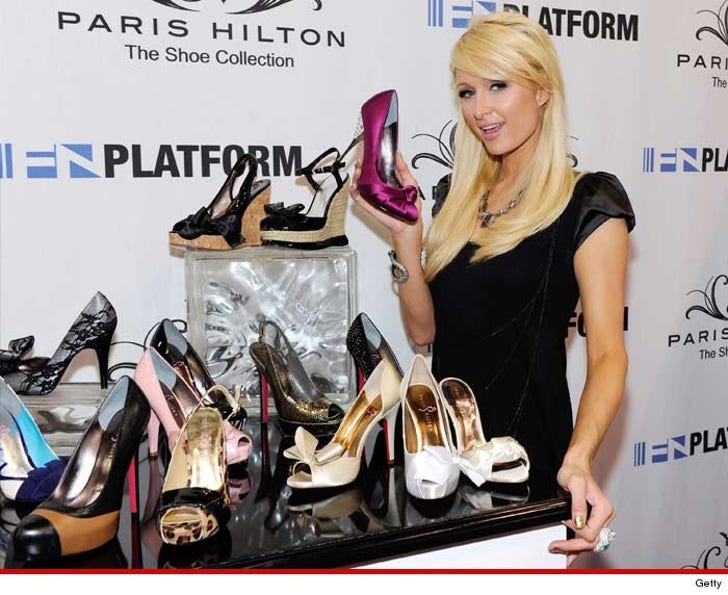 Paris Hilton got screwed in sexy heels ... so she claims in a new lawsuit.

Paris filed a lawsuit against Antebi Footwear Group, claiming she made a deal in 2007 allowing the company to use her name to sell high-end women's heels.

Under the deal Paris was supposed to pull in $720K minimum in royalties but she claims she got less than half.

Heels and virtually no soul ... she shoulda seen it coming.