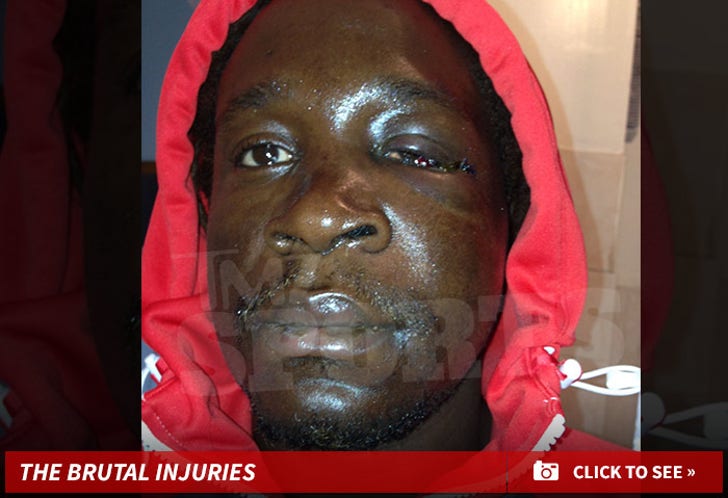 You're looking at the battered face of the man at the center of the NYPD assault investigation involving 2 NFL draft prospects ... and it's clear, the guy took a helluva beating.

TMZ Sports broke the story ... former U of South Carolina standouts Victor Hampton and Kelcy Quarles are "wanted for questioning" in an investigation into an alleged attack in the VIP section of Greenhouse nightclub on April 11.

We obtained photos of the alleged victim, Michael Hauer, who cops say sustained "extensive facial injuries" that required him to undergo surgery.

One source connected to the situation tells us ... Hauer is losing vision in his left eye as a result of the attack. He's undergone 2 surgeries so far, including a 4-hour facial reconstruction procedure.

We're told he's also suffered permanent nerve damage on the left side of his face.

So far, no arrests have been made -- but cops say they are investigating the situation.