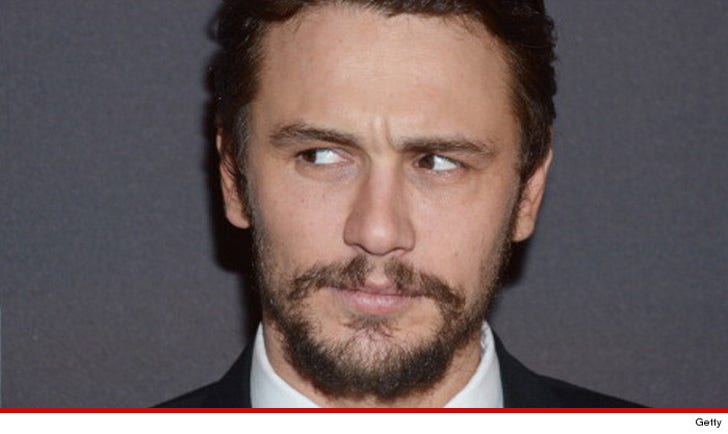 James Franco's former manager was robbing the actor blind for nearly a decade by skimming commissions and running up huge tabs on Franco's credit card ... this according to a lawsuit filed by the manager's own firm.

Back in 2006 ... Miles Levy allegedly told his partners at James Levy Management that Franco no longer wanted to pay their 15% fee, and instead would only fork over 10%. The firm agreed to the discount, but according to the suit ... Levy continued to charge Franco 15% and just pocketed the 5% for himself.

Miles had some help pulling this off -- according to the docs ... prominent celeb accounting firm Tanner Mainstain helped him set up a shell company to deposit the siphoned cash. Tanner Mainstain also allegedly collected fees for their dirty work.

According to the suit ... Miles was also digging into Franco's pocket by using the actor's credit card to make personal purchases. He allegedly ran up a six-figure balance.

The jig was up last year because according to the docs ... Franco reached a settlement with Miles in December -- but now his former partners at Levy Management want their pound of flesh too.