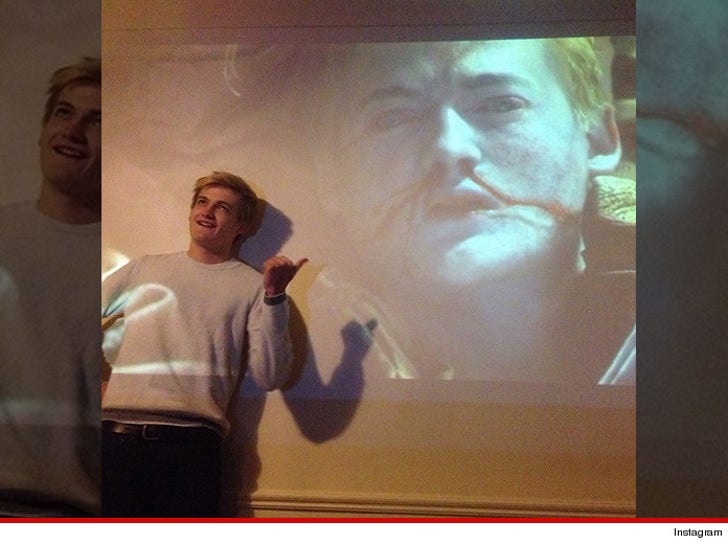 Jack Gleeson has a good poker face -- King Joffrey himself watched last week's famous Purple Wedding with a group of unwitting friends ... watching THEM as they watched HIM die.

Gleeson had a private "Game of Thrones" screening in Ireland Sunday night with 11 friends. Some of Gleeson's pals hadn't read the books, so they were totally in the dark ... although Jack did warn them something big would be happening.

Gleeson celebrated his death by ordering from Dublin's Chop Chop. His meal of choice ... a 10 piece order of the Salt Chili Chicken Balls, a few Eight Degrees beers (from his hometown in Ireland), and some homemade Joffrey-shaped cookies ... complete with blood frosting. 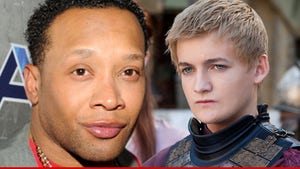 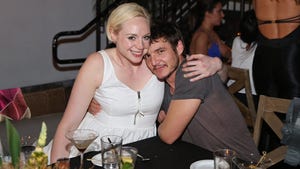 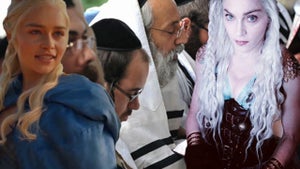 Emilia Clarke -- Madonna Totally Ripped My 'Game of Thrones' Style ... But It's Cool