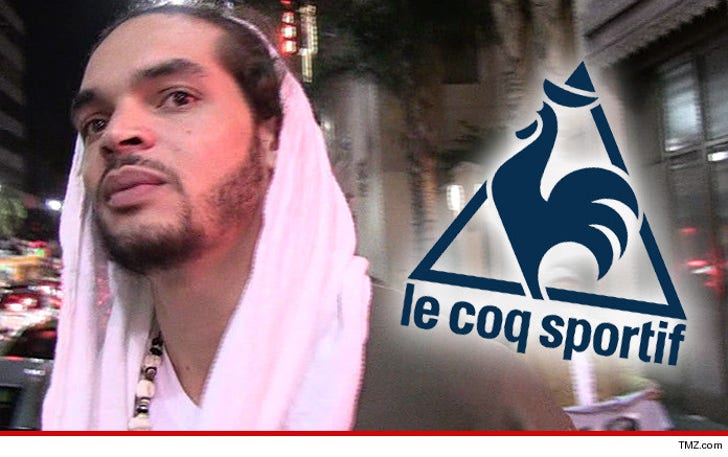 Noah quietly declared war on the French company in a D.C. court back in November ... claiming LCS signed him to a 6-year $6 million deal back in 2007, only to screw him out of more than $1.65 million.

In the suit, Noah says he was pumped about the deal at first -- but shortly after he signed, LCS shut down its U.S. offices, fired the guy who signed Noah, and started looking for ways to back out of the deal. Noah claims things came to a head in 2013 when they suddenly stopped paying him money he believed they were obligated to pay.

Noah says despite the negative energy, he held up his end of the bargain -- and wore Le Coq shoes in every NBA game he played even though he claims they were "not well designed and likely contributed to [my] development of plantar fasciitis."

Noah says his medical condition likely linked to the crappy shoes "caused him to miss several games during the 2012-13 Chicago Bulls NBA season, including key games in the NBA playoffs."

Le Coq filed a counterclaim against Noah -- but it appears the two sides were able to strike a settlement because they suddenly dropped their cases against each other just last month.