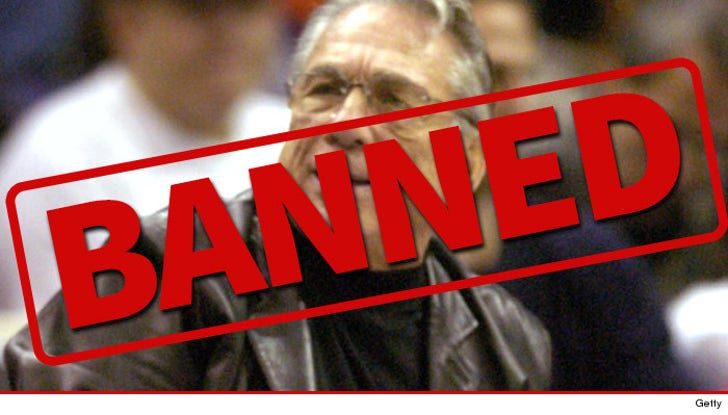 NBA Commish Adam Silver made the announcement Tuesday ... saying the NBA will also fine Sterling $2.5 million ... and insists, "I will do everything in my power" to "force" Sterling to sell the Clippers.

Silver says he does not know if Sterling will fight the lifetime ban -- but says he has the full support of the NBA owners.

"I fully expect to get the support I need from the other NBA owners to remove him," Silver said. 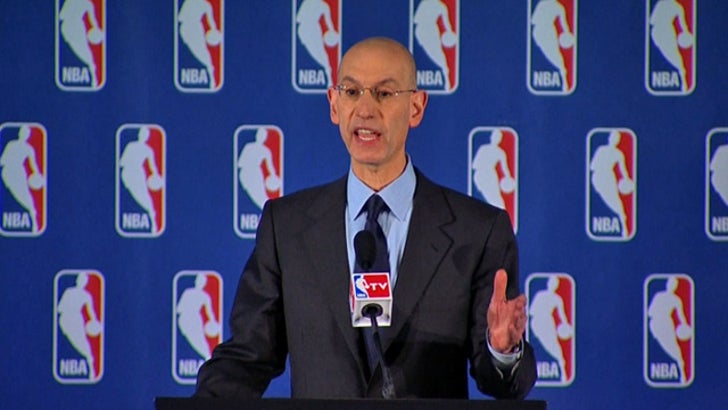 Silver says he spoke to several players, coaches and owners before deciding on the lifetime ban.

As for the ban, Sterling will not be allowed to attend any NBA games or practices ever again ... and will not be permitted inside any team facilities.

The $2.5 million fine will be donated to anti-discrimination and tolerance efforts.

Silver says the ban will only pertain to Donald -- and not to his family members.

During the news conference, Silver said he was "personally outraged" by Sterling's comments.

Silver says ... during the investigation, Sterling confirmed he made the racist comments.

Silver noted, "The hateful opinions are those of Mr. Sterling. The views expressed by Mr. Sterling are deeply offensive and harmful."

TMZ Sports broke the story ... Sterling told V. Stiviano he did not want her to bring black people to Clippers games, including Magic Johnson.

Magic has tweeted that he is "very happy and satisfied" with Silver's decision.