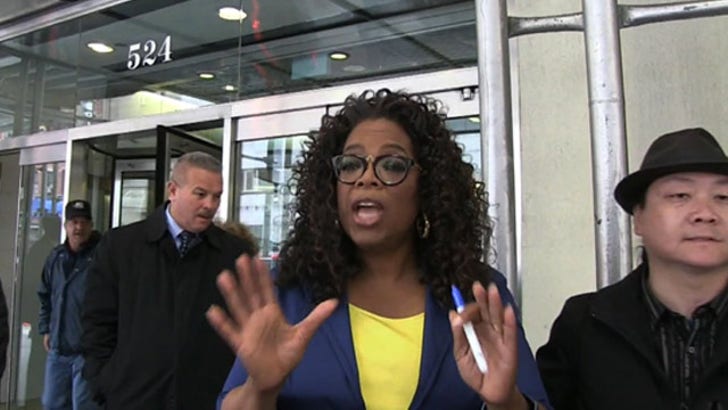 Oprah Winfrey just came out firing at Donald Sterling -- telling TMZ Sports, "We're off the plantation! The plantation days are over!"

The Big O just broke her silence on the Sterling situation while leaving CBS in NYC -- and told us the ideal resolution would be for Magic Johnson to take over the Clips ... "That would be really cool."

But despite the impact of the Sterling story -- and the fact President Obama even weighed in -- Oprah says it's not the biggest story of her lifetime ... that distinction goes to ANOTHER big case involving a huge sports star.