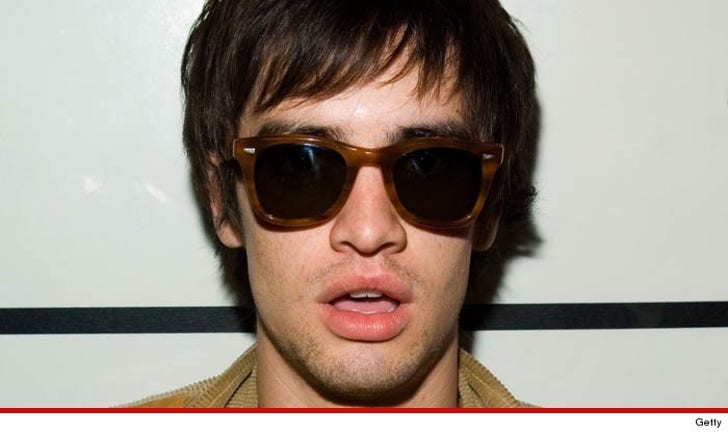 The lead singer of the rock group Panic! at the Disco is a little slow on the uptake -- finally realizing after years his former roommate has been bleeding his bank account dry with unauthorized withdrawals ... at least that's what he claims in a new lawsuit.

Brendon Urie claims in the suit -- obtained by TMZ -- he lived with a guy named Shane Valdez from 2008 - January, 2010. Urie admits to doing something incredibly stupid -- giving his roomie access to his personal bank account to pay shared living expenses.

You can see where this is going ...

Urie claims it wasn't until November 2013 -- long after they stopped living together - that he noticed Valdez had made 70 withdrawals totaling $127,269.54.

Urie says Valdez copped to taking the money, but that an attorney for Valdez says the money was used for a documentary about Urie's life. Urie says the pair never discussed any such project.

Shane tells TMZ the lawsuit is ridiculous, even though he hasn't seen it yet. "We were best friends for a long time and there is nothing about his claims that are true."

And you thought "Single White Female" was scary.