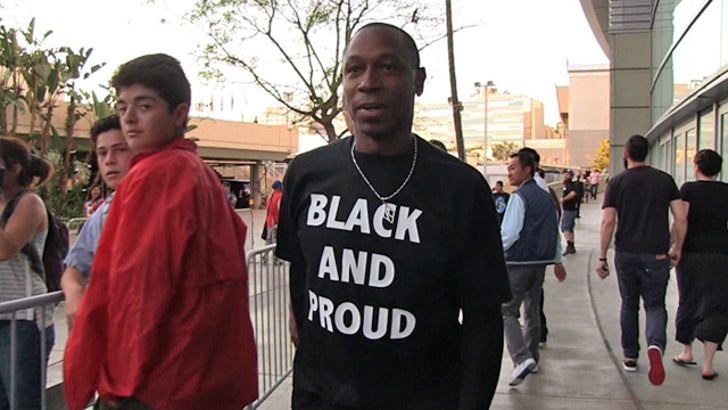 Former Major League Baseball superstar Kenny Lofton made a statement of his own last night ... hitting up the Clippers game in L.A. in a shirt that read, "Black and Proud."

The shirt was a HIT with the fans -- including Holly Robinson Peete -- who praised Lofton for his gear.

We also asked Kenny the question lots of charities are asking themselves right now --- if Donald Sterling offered to make a donation to his organization, would he accept the money.

Check out the clip to see Kenny's answer.