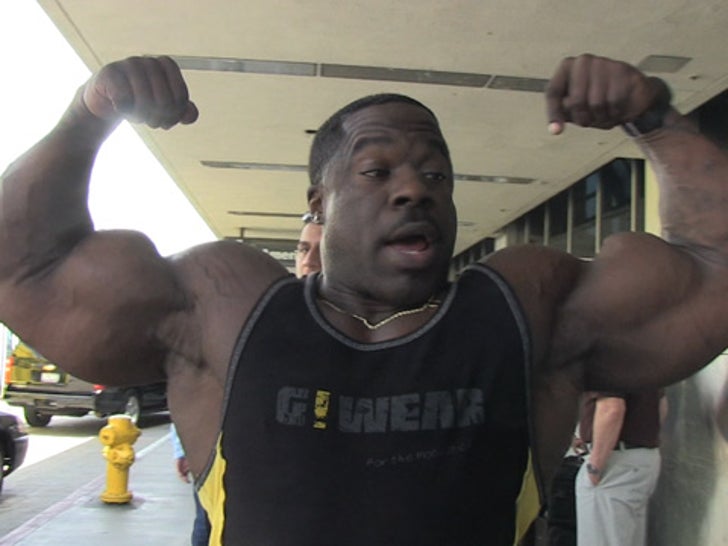 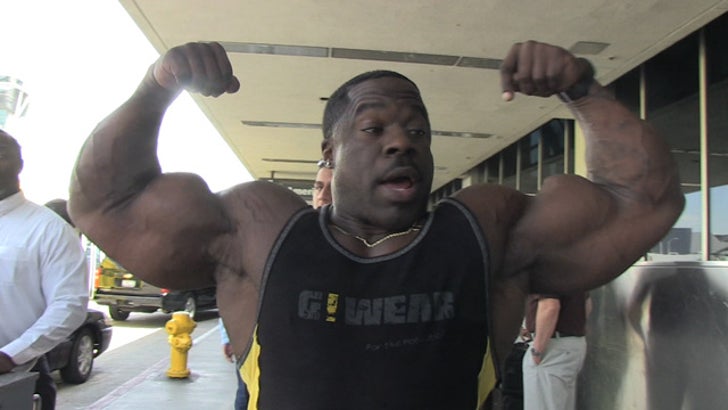 The HUUUUUGGEEE bodybuilder who directed traffic in that Geico commercial tells TMZ Sports ... the GYM saved him from a life in the streets .... claiming he was a hardcore gangster before he got yoked.

Kali Muscle -- who's also been in commercials for GoDaddy and Taco Bell -- was at LAX yesterday where he showed off his 260-pound dieselness ... and told us he only has 5% body fat.

But more impressive than his 8-pack, Muscle -- a former college football player at Fresno State -- told us how he decided to give up the thug life ... to pursue a career as an actor.

"You can say I went Hollywood ... you damn right."